“Learn to code” is a mantra so frequently repeated in the tech community that it’s practically become an Internet meme. The implication is that every would-be tech entrepreneur needs to learn to code or they’ll never get off the ground.

This ignores the hundreds – and realistically, thousands – of hours required to get to any level of proficiency. Coding requires a deep understanding of computer science concepts, and that doesn’t happen overnight.

It’s true, learning to code can unlock creativity and potential and make you more of an asset to your company. But the limitations of this advice are becoming more evident as new solutions become available.

The idea is that coding is the ultimate skill, allowing you to create any software you can dream of. But this isn’t true, and it’s time we recognized that there are other ways to build software outside of writing code.

The other option is to hire a developer. However, coders can be prohibitively expensive, often costing an hourly rate between $50 and $200. This often means projects are a minimum of $15,000 before you have an MVP on your hands. The problem is that the demand for developers far exceeds the supply.

So, what’s the alternative? If programming isn’t right for you, there are still ways to create and innovate: low-code and no-code platforms allow non-developers to build something that feels and functions like an application without actually having to code.

These are tools that allow non-developers and developers to work side by side using drag-and-drop visual editors. This can create a surge in productivity and creativity because it allows anyone with an idea to turn it into reality without having to learn how to code first.

Low-code platforms, like OutSystems Platform or Microsoft PowerApps, rely on templates and wizards that take care of much of the heavy lifting for you. Low code and no-code platforms give the public the ability to create applications and bring ideas to life in hours, rather than years.

Suggested Read: Chatbots vs. Humans: Which One Should You Choose And Why?

How do low-code and no-code work?

Low-code and no-code are both software development methodologies that enable non-programmers to create applications, systems, and software. We’ll use low-code and no-code interchangeably, but there are some clear differences between the two modalities.

What is the difference between low-code and no-code?

These platforms enable users to create apps through a visual, intuitive interface by dragging and dropping pre-written components without having to write any code. This makes it easier for non-techies to build their own applications without getting bogged down in lines of code.

They often contain a visual IDE, connectors to various back-ends or services, application lifecycle manager, and design to code.

No-code is really an extension of the low-code concept, where tools are used to build entire applications without writing any code at all. No-code platforms aim to eliminate coding altogether by automating application development tasks via visual programming tools.

They are even more user-friendly than low-code platforms and allow you to create mobile and web apps without writing a single line of code.

Benefits of low-code and no-code platforms

The biggest benefits of these platforms are that they are simple to use, time-efficient, and allow for greater creative buildouts.

Low-code platforms are ideal for many types of users, from business managers who want to get a basic understanding of how technologies like artificial intelligence and blockchain work, to developers who need a quick way to create prototypes or scale their existing applications.

The lower knowledge boundary makes it *much* easier for these groups to build their projects.

With these low-code or no-code platforms, you can create a full application in just a few clicks without having to write even a single line of code. There is a much lower time investment to implementation, which means more experimenting can be done.

Additionally, these platforms enable small companies that don’t have a dedicated IT department or a development team to build software applications on their own. No coding skills are required because no coding is involved.

The growing popularity of low-code / no-code platforms is great news for entrepreneurs who want to quickly develop applications that solve business problems without having to build them from scratch.

Low-code and no-code platforms are one of the biggest changes to come to the software development industry in years. By allowing anyone to build software, these tools have unlocked creative potential for businesses around the world.

Customer Data Security: The security of their underlying data is a vital concern for businesses. With low- or no-code platforms, there is always a risk that important customer information is compromised, which would reflect badly on the providing enterprise and kill customer trust.

No Vendor Controls: An additional security concern comes from users being unable to see exactly how the platform works. There’s a lack of transparency that makes it extremely difficult to know whether a company can trust the security controls, as they only have access to third-hand information.

Vendor Lock-In: Many companies assume they will be tied to the vendor they first choose to work with. Depending on how open the source code is, they are hooked to one platform and will be in a bad situation if they go under.

Customization: These platforms are excellent for a lot of projects, but they should not be your first choice when customization is crucial. You can’t make adjustments to the source code or add new features without an application programmer’s help. However, you can use these platforms to create the basic structures of your program and then hire an application programmer to create the custom features you need. For example, if you’re creating a custom report that must be presented in a certain way, then we’d recommend something like a Microsoft Access database or a simple Excel spreadsheet.

Research by Gartner indicates they expect the worldwide low-code development technologies market to grow 23% in 2021. Here are 4 well-known low-code or no-code platforms we think you should know about:

Many people are probably familiar with Zapier without ever thinking of the fact that it’s a no-code solution. As a workflow-based application that is probably the simplest way to use APIs and connect back ends front ends, Zapier is a great software solution for companies everywhere.

The platform is built in a way to be incredibly intuitive, and has extensive help documentation in order to make it incredibly easy to navigate for the non-technical user. It can be used to set up workflows such as a new appointment triggering a whole sales process/funnel, a completed task triggering a Slack message, or even a modified CRM entry creating a brand new file structure for the corresponding client.

Zapier is very versatile, and there are accounts of people running their sales teams, agencies, or even building entire applications off of Zapier. This is a great example of a broad but shallow no-code application.

With web development and design, you have a slightly more focused use case. Creating websites that function well while looking aesthetically pleasing spread from being a very “niche” skill to almost everyone having created at least one website in their lifetime.

WordPress is an early example of low-code bordering on no-code. For some simple applications, it isn’t actually necessary to do any coding. Webflow is another example like this. There are countless applications that range in the level of technical skills required and the one thing they all have in common is they allow users to unlock much more creative potential by lowering the technical hurdles.

A lot of times, using a spreadsheet starts to feel like coding. There are so many functionalities to layer in, and once you start using formulas and macros, it becomes an advanced endeavour.

That’s why Airtable is so game-changing. It’s like a spreadsheet but with hundred of UI improvements that allow users to build applications and spreadsheets that do more while requiring less expertise to build it.

Rumour has it that Netflix, Buzzfeed, and Medium work with Airtable, which goes to show that you never really outgrow good no-code tools.

Chatbots are a fast-growing trend in nearly every industry, as the world rushes to figure out a better way to provide customer service at scale. Combining the best of both AI and human touch has been difficult until now, but Kommunicate has streamlined the entire process so the customer gets a better experience.

With seamless handoff between AI and human support, as well as the ability to create NLP-powered support bots, customer service is finally improving at a rapid rate.

It’s like a CRM, sales assistant, and chat platform all in one.

Suggested Read: How to create a chatbot with no code

Is low code no code the future of the Chatbot Industry?

Low-code chatbots are quickly taking over the chatbot industry for the same reasons that all the other tools above have gained momentum. The increased agility and lower development costs add value to the entire team and lead to much greater creative outcomes.

There are lots of would-be entrepreneurs out there who want to “build” but don’t have the coding capabilities necessary to create a minimum viable product (MVP). Cost and skill quickly become limitations here, and there is a need for tools that bridge this gap. We’ve identified groups who don’t need to know how to code in order to get the results they desire.

There are millions of people who want to “build” but not everyone has coding capabilities.

What does it take to build software these days? If you’re a developer, it’s still a very manual process. You need to write code and test it. It takes time, effort, and cost.

This is why low code no code companies like Kommunicate are the future of the chatbot industry, as well as almost every other industry currently populated by entrepreneurial companies who want to make fast changes.

At Kommunicate, we are envisioning a world-beating customer support solution to empower the new era of customer support. We would love to have you on board to have a first-hand experience of Kommunicate. You can signup here and start delighting your customers right away. 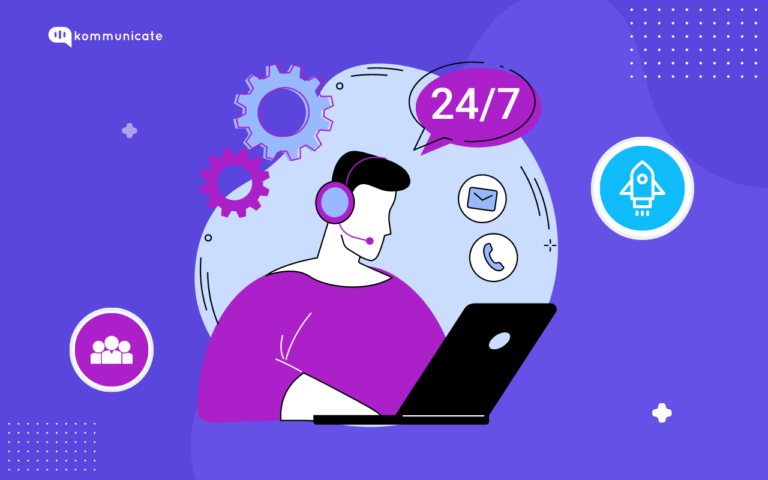 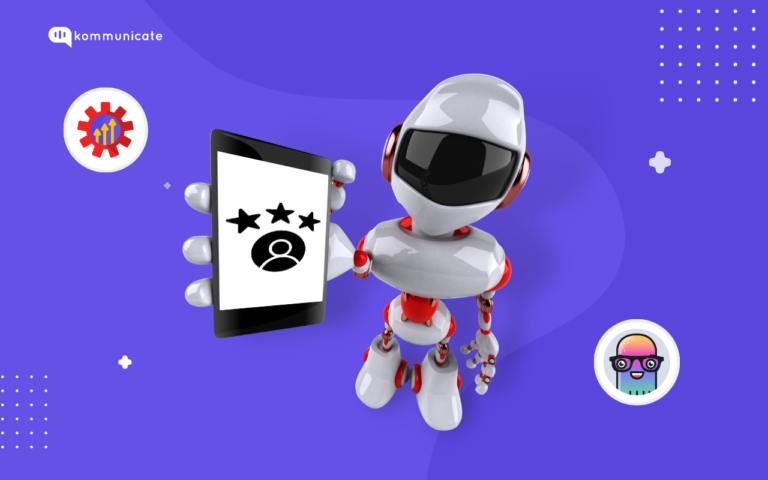 How Customer Service Chatbots Can Improve The Customer Experience